Offenbach am Main, Hessen (journaltag ) September 3, 2021 – Filmmaker and writer Hito Steyerl (*1966) is this year’s recipient of the Honorary BEN Award in the category Art. Her work includes texts, performances, multimedia installations and essayistic documentaries in which she deals with postcolonial critique, feminist representational logic and the influences of globalization on the financial, labor and commodity markets. She is considered one of the most socially critical and very political artists of our time. 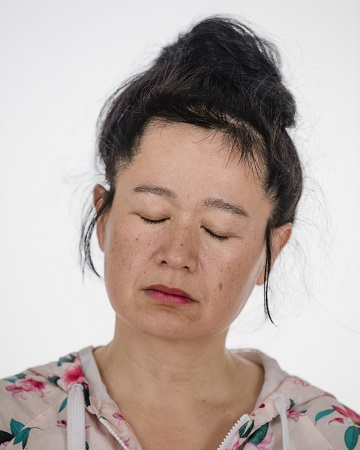 “In her works, Hito Steyerl takes an active stance on political, societal and social processes using a variety of artistic means. In doing so, she always works at the interface of visual art and film as well as theory and practice. Her work fascinates through the use of different media and art forms. She creates moving art in the best sense of the word,” says Prof. Bernd Kracke, artistic director of the B3 Bieninal.

The award ceremony will be held via livestream on the opening day of B3, 15 October, in Frankfurt at ASTOR Film Lounge MyZeil.

Since 2013, the B3 Biennial of the Moving Image has been honoring established artists as well as emerging talents with the internationally acclaimed BEN Awards. Works by B3 Biennial participants that deal with new narrative techniques in a particularly innovative way enter the competition for the main and emerging talent awards. The award was designed by South African artist Trevor Gould. Previous main award winners are Laurie Anderson (2013), Brian Eno (2015), Jonas Mekas & Ingvild Goetz (2017) Steve McQueen (2019) and in 2020 Willem Dafoe and Anne Imhof.

As a cross-media, cross-genre and international moving image festival offering film screenings, exhibitions, conference and workshop programs as well as various competition formats, B3 addresses the discourse on all trends and developments pertaining to the moving image in the areas of film, art, games and VR/XR. The aim of the Biennial, which was launched in 2012, is on the one hand to create a broad interdisciplinary alliance for the moving image, and on the other hand to offer the international cultural and creative industries a comprehensive platform for innovation and exchange. The B3 Biennial of the Moving Image is organized by the Offenbach School of Design (HfG) and funded by the Hessian Ministry of Science and Art (HMWK). Kulturfonds Frankfurt RheinMain and Wirtschaftsförderung Frankfurt are main sponsors. Strategic partners include the Frankfurt Book Fair, THE ARTS+ and Film London.